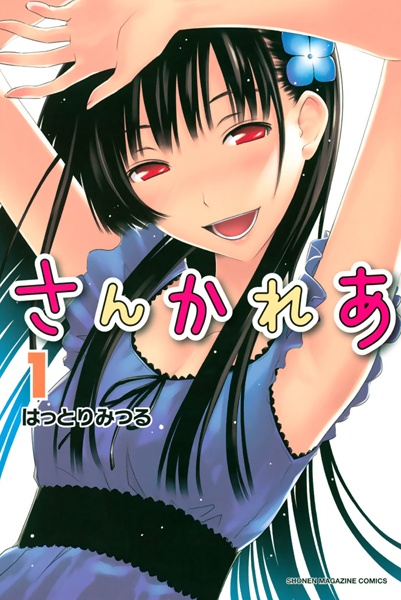 Chihiro Furuya possesses a strange obsession for the undead. Most remarkably, he is only romantically interested in female zombies. Due to the recent accidental death of his pet cat Baabu, Chihiro’s craze is accentuated, and he decides to brew an elixir of reanimation.

However, Chihiro fails to find the correct combination of ingredients to produce the solution, causing him to give up and opt to bury Baabu instead. But before he can, Chihiro becomes acquainted with the wealthy and alluring Rea Sanka, who encourages him to continue trying. And so, upon mixing the poisonous hydrangea flower with his concoction, Chihiro successfully creates the elixir. Not realizing that he succeeded, Rea attempts to put an end to her miserable and restrained life by drinking the elixir she thought would poison her. But after actually dying in a fatal accident, the elixir shows its effect, and Rea is resurrected as a zombie.

Now liberated from her oppressive life, Rea moves in with Chihiro, who will now have to utilize his knowledge of the undead to care for the adolescent female zombie.