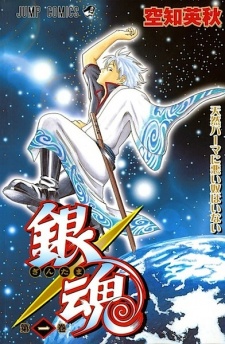 During the Edo period, Japan is suddenly invaded by alien creatures known as the “Amanto.” Despite the samurai’s attempts to combat the extraterrestrial menace, the Shogun soon realizes that their efforts are futile and decides to surrender. This marks the beginning of an uneasy agreement between the Shogunate and Amanto, one that results in a countrywide sword ban and the disappearance of the samurai spirit.

However, there exists one eccentric individual who wields a wooden sword and refuses to let his samurai status die. Now that his kind are no longer needed, Gintoki Sakata performs various odd jobs around town in order to make ends meet. Joined by his self-proclaimed disciple Shinpachi Shimura, the fearsome alien Kagura, and a giant dog named Sadaharu, they run the business known as Yorozuya, often getting caught up in all sorts of crazy and hilarious shenanigans.