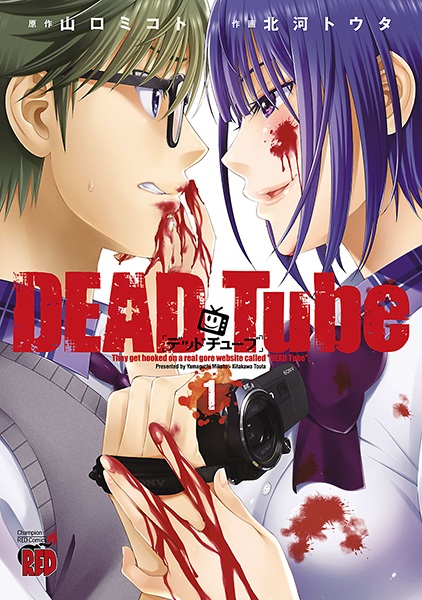 Dead Tube is a website that hosts videos from the macabre to the sensual. The more graphic the video, the more views it receives; and online, this is a sordid business.

Tomohiro Machiya is a member of the Film Research Club and has always been an avid fan of filming. One day he is confronted by Mai Mashiro, an attractive girl on the swim team. She asks him to film her nonstop for two days straight. But, on the second day of filming, Machiya witnesses Mashiro brutally murder one of their classmates. However, someone else takes the fall for the crime, and Mashiro gleefully informs him that their film was a “winner” on Dead Tube.

As more and more of the school starts to get involved with Dead Tube, many quickly get in over their heads from the punishments for failing the contests. And, since he helped with Mashiro’s video, Machiya must participate, and continue filming for this deadly game.