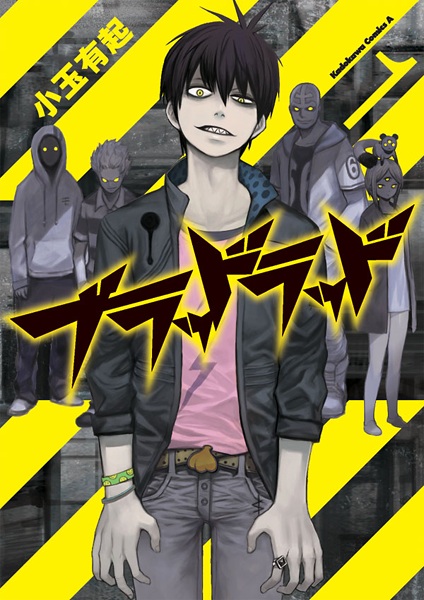 Staz Charlie Blood is a merciless and powerful district leader of the Demon World. However, Staz is also a lax vampire who refuses to drink human blood and bears a strange obsession with human culture, taking a keen interest in Japan.

So, when a cute human girl named Fuyumi Yanagi wanders into the midst of the Demon World, Staz develops an interest in her and uses this rare opportunity to consult her on human society. However, their conversation is cut short when a rival demon challenges his rule. Momentarily leaving Fuyumi, Staz swiftly defeats his opponent, but finds that Fuyumi was eaten by a carnivorous plant in his absence!

Fortunately, Fuyumi is not completely gone, as she now simply exists as a ghost in the Demon World. However, Fuyumi has lost the human appeal that mesmerized Staz in the first place. As a result of this, he becomes determined to find a spell to resurrect her body. This means traveling to the human world—a dream come true for Staz—where he, Fuyumi, and their associates’ misadventurous quest is just about to begin.