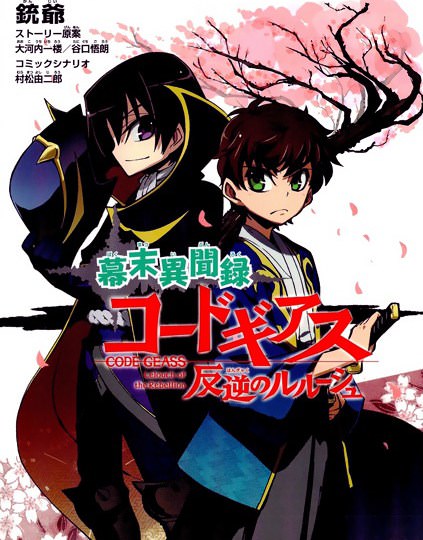 It is set in an alternate history in 1853 with new characters. Britannia’s Black Ships appear in the harbor of Uraga. Some years later, Lelouch Lamperouge—brother to a young blind girl named Nunnally —is the commander of the military counterinsurgence brigade known as the Shinsengumi, formed under the orders of the Shogunate to fight the Black Revolutionaries, a rebel group led by a mysterious masked individual known as Rei. In fact, these two organizations are one and the same, and they seek to combat in influences of Britannia. Geass is the ability to call upon and summon the armored entities referred to as Knightmares; Lancelot is one such Knightmare.